Outtakes: The Kare Kare house, our Home of the Year 2011 by Michael O'Sullivan

15.33
From the black sand of Kare Kare beach, the HOME New Zealand magazine Home of the Year 2011 is almost invisible. The house was designed by Michael O'Sullivan of Bull O'Sullivan Architects for Bob and Barbara Harvey. It's a pleasure for us to be able to show you some outtakes from Patrick Reynolds' beautiful shoot of the house here. In the shot below, you can just see the house nestled among the trees in the lower right-hand corner of the frame. 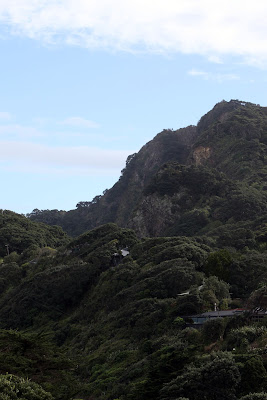 Inside, the house faces south towards the beach, but draws light in from a sheltered north-facing courtyard and from glass panels on the roof. The weatherboard ceiling appears to fragment and fall away as it nears the home's southern wall, giving way to the glass panels overhead. 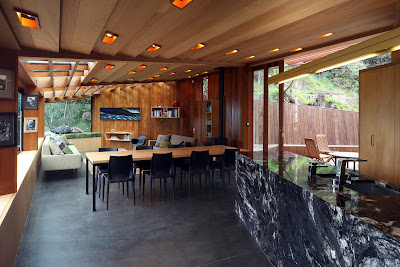 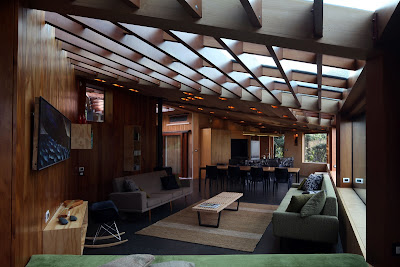 The ceiling tilts towards a band of windows that frame the view towards the beach into a horiztonal slot. Holes for lightbulb recesses are punched into the ceiling. 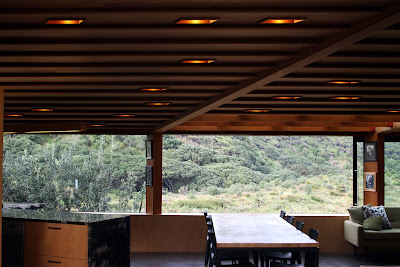 Outside in the courtyard, the ceiling plane appears to erode again to admit as much sunlight as possible into the space. 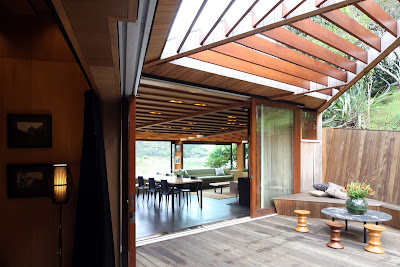 The main bedroom (the 129-square-metre house has two bedrooms in total) features orange carpet and windows wrapping the ceiling and wall at the northern end of the room. The door at left leads to the courtyard. 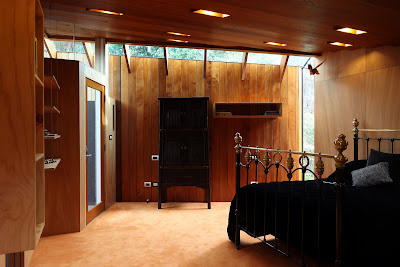 This view from outside the house is about all that can be seen of it from the road. It shows the main bedroom volume (clad in black bituminous roofing membrane) cantilevered over the carport. 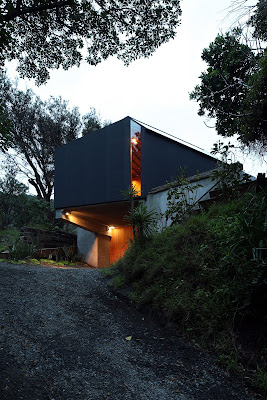 ﻿
We'll post more outtakes of the finalists in the 2011 Home of the Year here on the blog in the coming days. Thanks again to our Home of the Year partner Altherm Window Systems for their ongoing support of New Zealand's richest architectural prize.
Outtakes: The Kare Kare house, our Home of the Year 2011 by Michael O'Sullivan 2011-10-03T15:33:00-07:00 Rating: 4.5 Diposkan Oleh: Unknown

Artikel Terkait Outtakes: The Kare Kare house, our Home of the Year 2011 by Michael O'Sullivan :